JAKARTA: Indonesia’s state oil giant Pertamina said it has signed a deal with Taiwan’s CPC to develop a US$8 billion petrochemical complex, after years of negotiations.

Operations are slated to begin in 2026 at the new plant, which is to be built at an existing refinery in Indonesia’s West Java province.

The two firms have been in talks to develop the joint petrochemical plant since 2018, with each set to contribute about 45 per cent of the new project’s costs and the remainder financed by outside investors, Pertamina said.

The facility will produce ethylene, used in the manufacturing of plastic.

The project could help Pertamina become “a leading player in the sector over the next 10 years”, company president director Nicke Widyawati said in a statement on Friday (Jun 5).

The Indonesian firm has plans to expand a half-dozen other oil refineries to double its capacity to some 2 million barrels a day by 2026.

However, Pertamina has scrapped previously announced plans to jointly expand its Cilacap refinery in Central Java with Saudi Aramco, according to media reports. 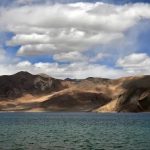 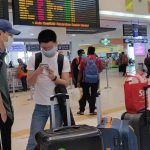