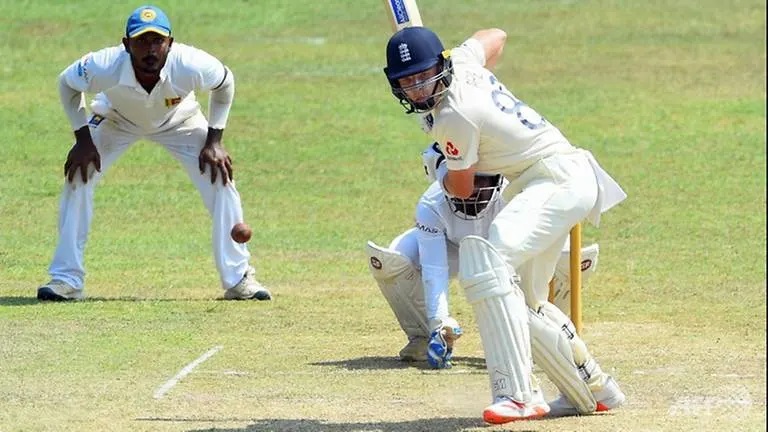 LONDON: England batsman Ollie Pope is adamant the absence of fans will have no bearing on England’s intensity when they face the West Indies in next week’s first Test.

The Ageas Bowl will be devoid of any spectators on health grounds when international cricket returns for the first time since the global coronavirus pandemic on Wednesday’s opening day of a three-match series.

England got a taste of what to expect while playing a three-day intra-squad practice match at Hampshire’s headquarters, between a side led by Jos Buttler and one captained by stand-in Test skipper Ben Stokes, that ended on Friday in a draw.

There have been suggestions the silence could be broken by piping in crowd noise or having music play between overs, as can happen in one-day games.

But Pope, who made an unbeaten 55 on Friday, said the fundamentals that come with representing your country had not altered.

‘REALLY UP FOR IT’

“When we have big crowds in and the Barmy Army are here it is amazing but we’ll still be playing Test cricket and it’s still the pinnacle,” he said.

“Even if there’s not a single person in the crowd it’s still what we all dreamt of doing. There will still be the same nerves in the morning because so much rides on it,” added the 22-year-old.

“When that Test match starts up, crowd or no crowd, you are going to be really up for it.”

England fast bowler Mark Wood tried to compensate for the absence of any fans at one point during the warm-up game with a solo rendition of ‘Jerusalem’, the team’s theme song, while waving a flag as the teams walked out to play.

“I hope he does it again, it was outstanding. He’s got the voice of an angel,” said Pope.

Pope’s 50 was one of several promising innings on Friday, with seven more players passing 30.

Fellow specialist batsmen Rory Burns, Dom Sibley and Zak Crawley all spent time at the crease while all-rounder Stokes hit three sixes in a Matt Parkinson over during his 33 not out before a draw was agreed.

Perhaps the most encouraging news for England on Friday came from off the field when Pope’s Surrey colleague Tom Curran tested negative for COVID-19.

But the all-rounder was able to watch Friday’s final session from pitch-side.

“I think we were trying to focus on the cricket but I don’t know how you deal with those situations,” Pope said of Curran’s health scare.

“It’s good he tested negative for the virus and he’s feeling a lot better and ready to go. It was nice to see him back out there today.”

England are set to reduce their training group from 29 to a Test squad of 22 on Saturday, with regular captain Joe Root having already left camp to attend the birth of his second child.