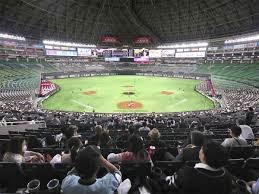 KOBE: A day that began with joy at a return to something resembling normality ended in disappointment for baseball teams the Yomiuri Giants and Yakult Swallows who saw the first game of the season with fans allowed in washed out and postponed on Friday (Jul 10).

The Nippon Professional Baseball league began in mid-June, delayed by three months because of the COVID-19 pandemic, but without fans.

However, following an easing of restrictions in Japan, Friday marked the first time fans were allowed into stadia.

Up to 5,000 people are allowed to attend games, including Friday’s clash between the Giants, Japan’s most successful and popular team, and local rivals the Swallows, in Kobe.

However, just 20 minutes before the start of the game and with fans settling into their seats, a torrential downpour forced organisers to postpone the contest.

A couple of players from both teams did their best to cheer up the crowd, racing each other around the diamond before sliding into the puddle formed above the batters’ box, but the disappointment was palpable as fans trudged home.

“It’s unfortunate that I couldn’t watch it when today was the first day (for fans to be back). But I’m happy to be back at the stadium,” said Giants fan Yuki Mitsui.

Another Giants supporter, Yui Saito, travelled more than three hours from Tokyo for the game.

“I feel like my life is returning back to normal so I’m happy,” he said.

“I hope to go into the stadium tomorrow to cheer.”

The game in Kobe was the only one called off on Friday, as five other NPB games went ahead with fans as planned.

At all games, supporters must pass through temperature checks on arrival, and there are markers on the ground at concession stands and bathrooms to aid social distancing.

The NPB hope to allow more fans into grounds as the season progresses and coronavirus restrictions ease further. 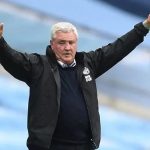