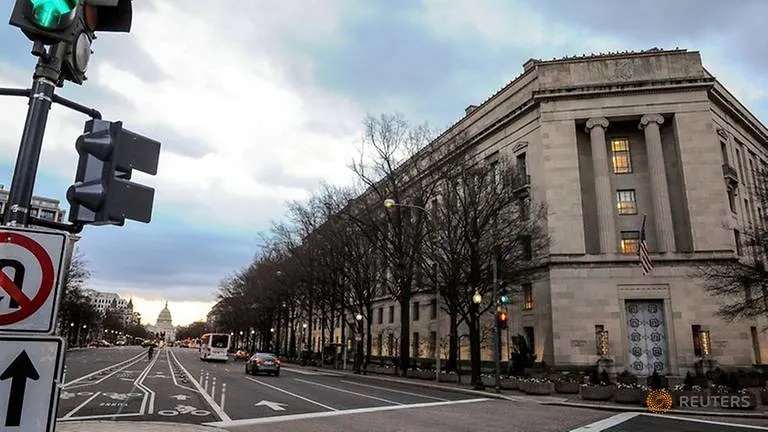 WASHINGTON: A Singaporean pleaded guilty Friday (Jul 24) to using his political consultancy in the United States as a front to collect information for Chinese intelligence, the US Justice Department said.

Yeo Jun Wei, also known as Dickson Yeo, entered his plea in federal court in Washington to one charge of operating illegally as a foreign agent.

In the plea, Yeo admitted to working between 2015 and 2019 for Chinese intelligence “to spot and assess Americans with access to valuable non-public information, including US military and government employees with high-level security clearances”.

It said Yeo paid some of those individuals to write reports that were ostensibly for his clients in Asia, but sent instead to the Chinese government.

In a statement of facts submitted to the court and signed by Yeo, he admitted he was fully aware he was working for Chinese intelligence, meeting agents in China dozens of times and being given special treatment when he travelled to China.

The plea announcement came five weeks after an indictment of Yeo was unsealed, cryptically accusing him of acting illegally as an agent of an unspecified foreign government.

He had been arrested after flying to the United States in November 2019.

Yeo was recruited by Chinese intelligence while at the National University of Singapore in 2015. He had researched and wrote about China’s Belt and Road initiative to expand its global commercial networks.

His assignments initially targeted other Asian countries, but then focused on the United States.

According to his LinkedIn page, he worked as a political risk analyst focused on China and ASEAN countries, saying he was “bridging North America with Beijing, Tokyo and Southeast Asia”.

In the United States, the court filing said, Yeo was directed by Chinese intelligence to open up a fake consultancy and offer jobs.

The fake business bore the same name as a prominent US consulting firm that conducts public and government relations.

He received more than 400 resumes, 90 per cent of which were from US military or government personnel with security clearances.

Yeo gave his Chinese handlers the resumes that he thought they would find interesting, according to the court documents.

He said he had recruited a number of people to work with him, targeting those who admitted to financial difficulties.

They included a civilian working on the Air Force’s F-35B stealth fighter-bomber project, a Pentagon army officer with Afghanistan experience, and a State Department official, all of whom were paid as much as US$2,000 for writing reports for Yeo.

Yeo was “using career networking sites and a false consulting firm to lure Americans who might be of interest to the Chinese government”, said Assistant Attorney General John Demers in a statement.

“This is yet another example of the Chinese government’s exploitation of the openness of American society,” he said.

“At the direction of Chinese intelligence operatives, the defendant targeted US government employees and an Army officer to obtain information for the government of China,” said Mr Alan Kohler, assistant director of the FBI’s Counterintelligence Division.

“Mr Yeo admits he set up a fake consulting company to further his scheme, looked for susceptible individuals who were vulnerable to recruitment, and tried to avoid detection by US authorities.”

“But this isn’t just about this particular defendant. This case is yet another reminder that China is relentless in its pursuit of US technology and policy information in order to advance its own interests.

“The FBI and our partners will be just as aggressive in uncovering these hidden efforts and charging individuals who break our laws.”

Yeo faces up to 10 years in jail and will be sentenced on Oct 9.

His guilty plea was announced days after the US ordered China to close its consulate in Houston, labelling it a hub of spying and operations to steal US technology and intellectual property.

The US has also arrested four Chinese academics in recent weeks, charging them with lying on visa applications about their ties to the People’s Liberation Army.

On Friday, a Chinese researcher who took refuge in the San Francisco consulate was expected to appear in court on allegations she lied about her Chinese military service, while the US counterintelligence agency chief warned China and other nations could interfere with November elections.

Australian doctors have reported a surge in the number of people cancelling their vaccine appointments, amid a new wave of caution over the AstraZeneca jab....

China has expanded its clampdown on cryptocurrencies, telling banks and payments platforms to stop supporting digital currency transactions. That follows an order on Friday to...

Kevin Hart on cheating and Oscars row: I didn’t realise impact of mistakes

Kevin Hart has admitted he was "never prepared" for the effect his public scandals had on his family. The comedian was speaking to Will Smith...

In Indonesian banking, rise in religious conservatism ripples across sector

JAKARTA: A rise in religious conservatism in Indonesia is drawing talent away from what some view as un-Islamic jobs in banking, industry professionals say,...

In Indonesian banking, rise in religious conservatism ripples across sector