BEIJING: China’s thousands of state-owned enterprises, local governments and public institutions are expanding hiring as a record number of students graduate into a job market left reeling by the COVID-19 pandemic.

Around 8.7 million Chinese students are graduating this year, almost half a million more than last year, heading into an uncertain future as private firms rein in recruitment.

Job stability for the young is a longstanding political concern in China. President Xi Jinping, who has previously warned that struggling graduates could “turn into negative energy”, is urging more hiring.

Graduates, who generally enter the workforce in June or July, face a “severe” situation, officials have said. Available positions for them in the recent pre-graduation spring recruiting season fell by 22 per cent year on year, according to BOSS Zhipin Research.

While China’s GDP bounced back into growth in the second quarter, surveyed unemployment of graduates aged 20 to 24 was more than three times the rate for the broader population, rising to 19.3 per cent in June, 2.1 percentage points higher than May.

Oil giant Sinopec is more than doubling its 2020 recruitment numbers, with an additional 3,500 positions for new graduates.

In Henan province, provincial SOEs have been told to expand hiring and reserve at least half the new positions for graduates.

“Clearly, initiatives such as this run counter to the idea that China’s SOEs are run on a purely commercial basis,” said Louis Kuijs, of Oxford Economics. SOEs, which enjoy privileged access to certain sectors, have a “special responsibility” at times, he said.

Government schemes sending young people to work in less developed areas of China have also been bulked up: One, where graduates help with poverty alleviation and other community support, has 5,000 more places than last year.

Thousands more graduates than in 2019 will be granted passing grades in the highly competitive civil service exams, mainly held in the summer. Central Hubei province has increased its quota by more than 40 per cent, while the northern region of Inner Mongolia has more than quadrupled its quota.

Efforts to directly soak up labour are limited as China’s private sector accounts for 80 per cent of urban jobs. But SOEs have also been told to help employment indirectly by promptly paying and reducing costs for smaller companies, said Andrew Polk, a partner at Trivium China, a research advisory.

SOEs have been pivotal in driving China’s supply-led economic recovery amid the pandemic, although demand has not kept up, Polk said.

In a letter dated Jul 7 to graduates embarking on grassroots work in the far western region of Xinjiang, Xi said he wanted degree holders to “contribute more to the (Chinese Communist) Party, the motherland and the people.”

Coveted jobs in “the system” can provide security, status and help getting a more desirable “hukou”, a residential permit linked to access to local public services.

“Nothing is more important than stability,” said Joanna Yu, an applicant for the civil service examination in Shandong province.

“As a Party member, working in the municipal committee is a way to serve the people,” said Jiang.

But the bureaucratic life is not as comfortable as it used to be. Previous perks like gifts from local businesses have been cracked down on amid a years-long anti-corruption campaign.

And advancement for ambitious cadres has also slowed, likely to better protect the middle-aged officials who are key supporters of Xi, said Jerome Doyon, a lecturer at Oxford University.

“Now is not an ideal time to be a young official in China,” he said. 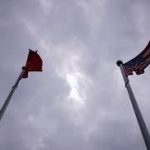 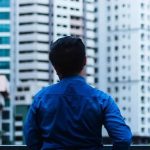